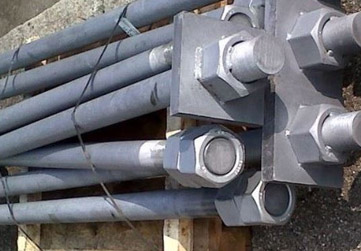 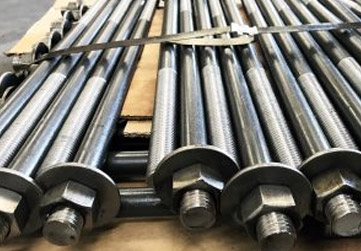 Concrete's application in daily life has advanced significantly. As a result, certain components needed for specified applications must be modified before being combined with concrete. One such illustration is a fastening element, such as. - din 529 anchor bolts.This type of fastener serves as an anchor in the support of other structural or non-structural components, as the name would imply.

A heavy duty fastener, one of the most common utilities for a DIN 529 Anchor Bolt (Masonry Bolt) is the mounting of steel poles on the surface of the concrete. Due to the unique design of the pole and the use of an appropriate alloy to manufacture the Din 529 D Anchor Bolts,The mounted pole is unmoving. The influence of standardisation on a global scale necessitates that producers, suppliers, and consumers create, market, and buy standardised goods like the DIN 529 A Anchor Bolts.

Using standardized components makes it easier to construct structures, while also minimizing the risks of failure, and improving efficiency. Drilled Din 529 C Anchor Bolts make use of adhesives, in order to have a stable structure. The use of adhesives such as epoxy, during the mounting of DIN 529 B Anchor Bolts aids in preventing movement, which is a risk that is associated with failure. Although using DIN 529 F Anchor Bolts Although using these fasteners in concrete applications does not guarantee that they will not fail, they are less likely to do so than other types of bolts..